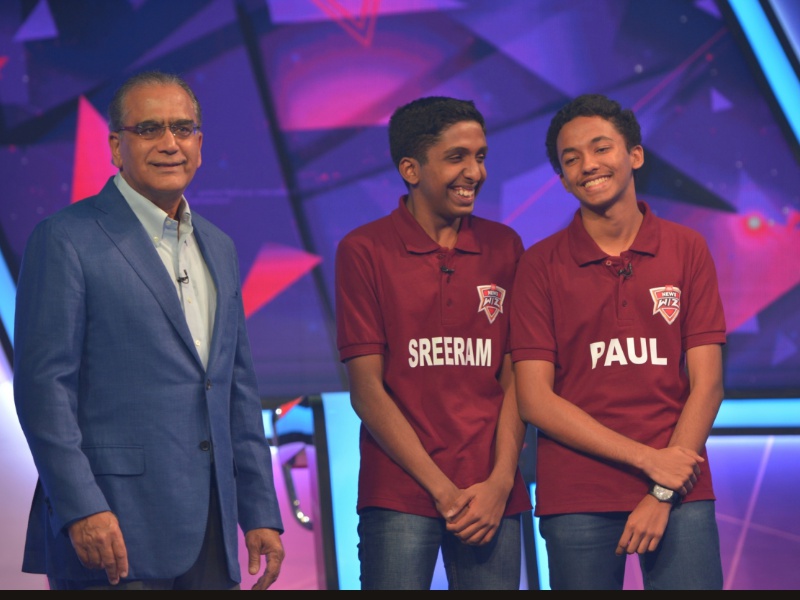 The much-awaited third edition of India’s innovative news based national
inter-school quiz show NEWS Wiz came to a scintillating end with the Team from Thrissur emerging as the winner at the grand finale. News Wiz, the brain-child of India’s quiz man Mr Siddhartha Basu and anchored by veteran journalist Mr Rajdeep Sardesai who have worked tirelessly for making the Season 3 a roaring success. The third season of News Wiz had the best-
of-brains across the country from Kashmir to Kanyakumari competing for the grand title. The final winners, Sreeram Madhavan V & Paul Binu, Bharatiya Vidya Bhavan’s Vidya Mandir, Poochatty have braved Kerala’s worst floods to win the coveted title. In addition, the winners will now get a chance to go on a trip to Oxford, England.

On this occasion, Mr Rajdeep Sardesai said, “It a truly uplifting story to know that our winners are from a school in Kerala that served as a relief centre during the floods. The young boys Sreeram Madhavan V & Paul Binu have shown that the power of news as knowledge can conquer all adversity. I congratulate the winners and all the teams who made News Wiz 2018
such a grand success”

The proud parents of the winners added, “We have come from a town which has witnessed its worst flood in the last centuary, we had to leave our town and it got isolated for a couple of days and more than that. We could not go anywhere and were literally locked in. We also pitched in and helped the nearby hospitals and relief centres across our area. We are very proud of our boys who have put Thrissur on the map of India by winning this elite competition.”

Adding to the parents delight, the Bharatiya Vidya Bhavan’s Vidya Mandir, Poochatty School principal said, “We are very proud of the boys and are extremely elated at this win. The boys excel not just in quizzing but are also first in academics. They have a very helping mentality and are in the forefront as far as any activity is concerned and they also volunteer to help out the
teachers in all the functions we organize here.”

Mr Vivek Khanna, Group CEO, India Today Group said “We are elated to announce the culmination of the show where-in we have seen enthusiastic participation from thousands of students from across geographies, which were selected through a rigorous selection process. The News Wiz team for the first time picked up Wild Card Entries in this third season. Euphoria
created by News Wiz has been phenomenal & never seen before in the history of a Quizzing show”.